God’s Ear focuses on a family torn apart through tragedy and the production design was created to reinforce that instability. The sharp edges, broken stage floor, and overall icy themes provide the audience with a physical look inside the emotional state of the family as they try to move passed the tragedy and rebuild their relationships with each other.
Click photos to enlarge gallery 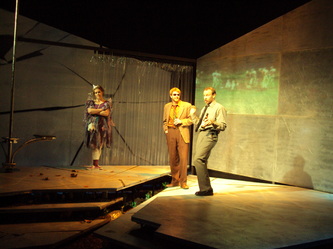 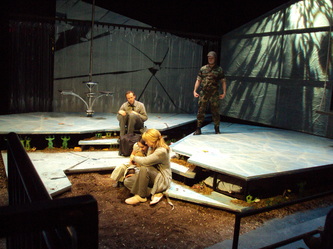 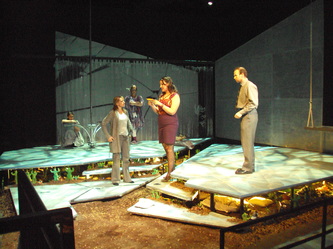 The Tooth Fairy needed to hover in the air for a few seconds and then descend.
We created a 1:1 ratio flight rig operated by one person using a figure eight descender. 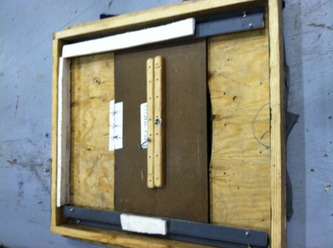 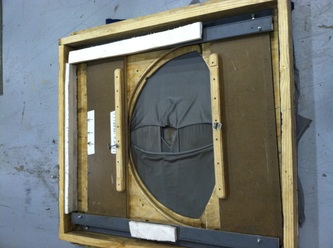 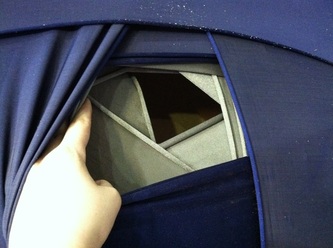 We needed the G.I. Joe character to crawl up out of his grave, immediately walk over the hole he crawled out of, and then return to his grave through the same hole. This trap was created after researching a trap used during a different production which required a similar trick to take place.  The trap has two sliding doors which were manually closed by an operator after the actor cleared the hole. The multiple layers of spandex allowed the actor to go up and down  through the hole with minimal amounts of dirt falling through.